Josh Groban In The Round~ my hairstyle for this amazing experience!!

I have fallen so behind in posting new hair pictures, but now I can post some from an amazing experience just two nights ago~ I got to attend a Josh Groban concert!!!  He calls his tour "In The Round" because he sings on a round stage and walks around, so that everyone has the best seat in the house.  I made a small side French braid with a side ponytail, then braided my ponytail into several small braids which I wrapped up into a bun...

I'll include a few pictures from the concert, plus an extra one from the Orlando newspaper where you can barely see me in the upper corner behind the violin player (not that anyone would notice, but I noticed! :-) 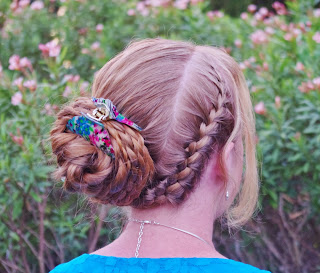 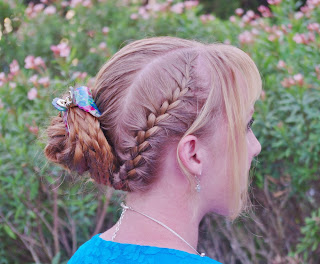 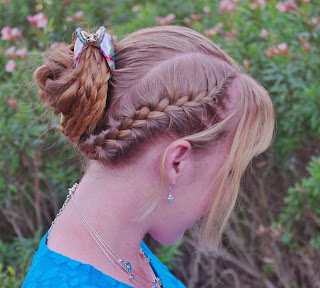 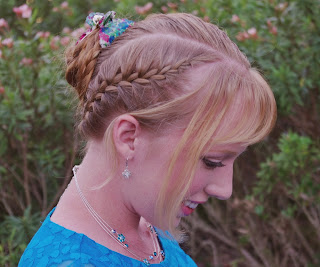 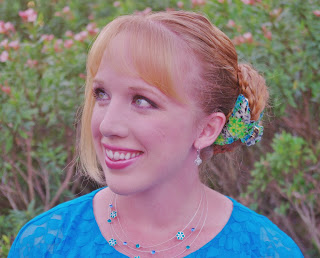 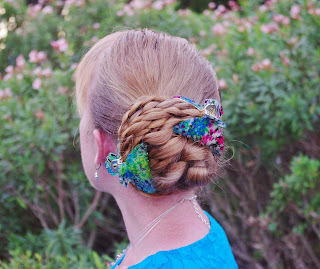 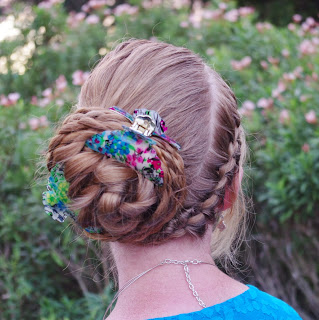 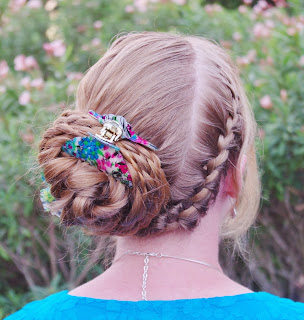 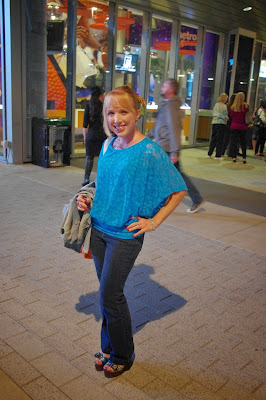 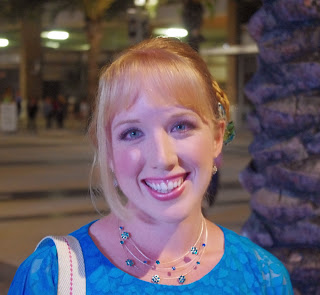 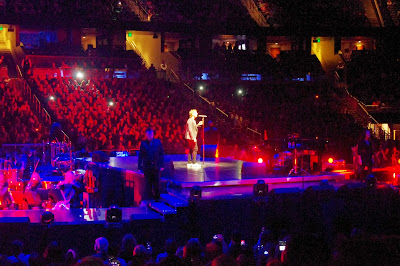 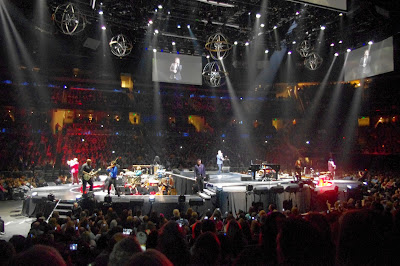 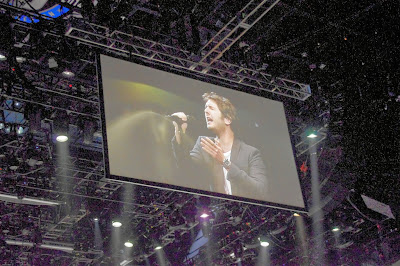 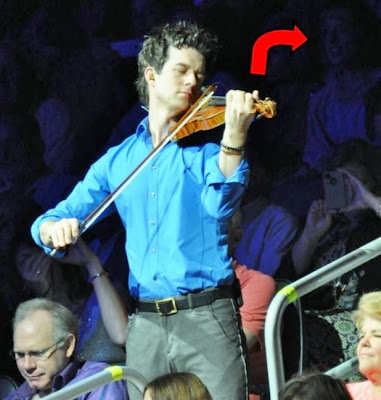 Email ThisBlogThis!Share to TwitterShare to FacebookShare to Pinterest
Labels: French braid, side bun 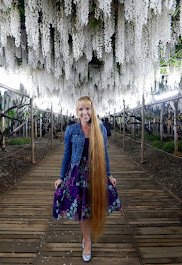 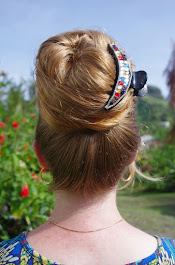 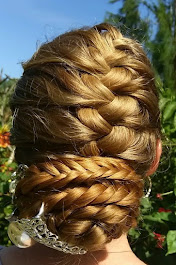 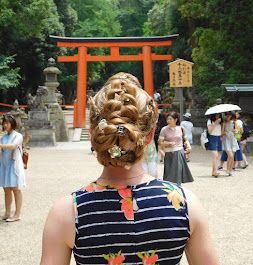 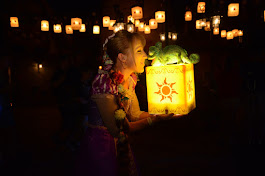 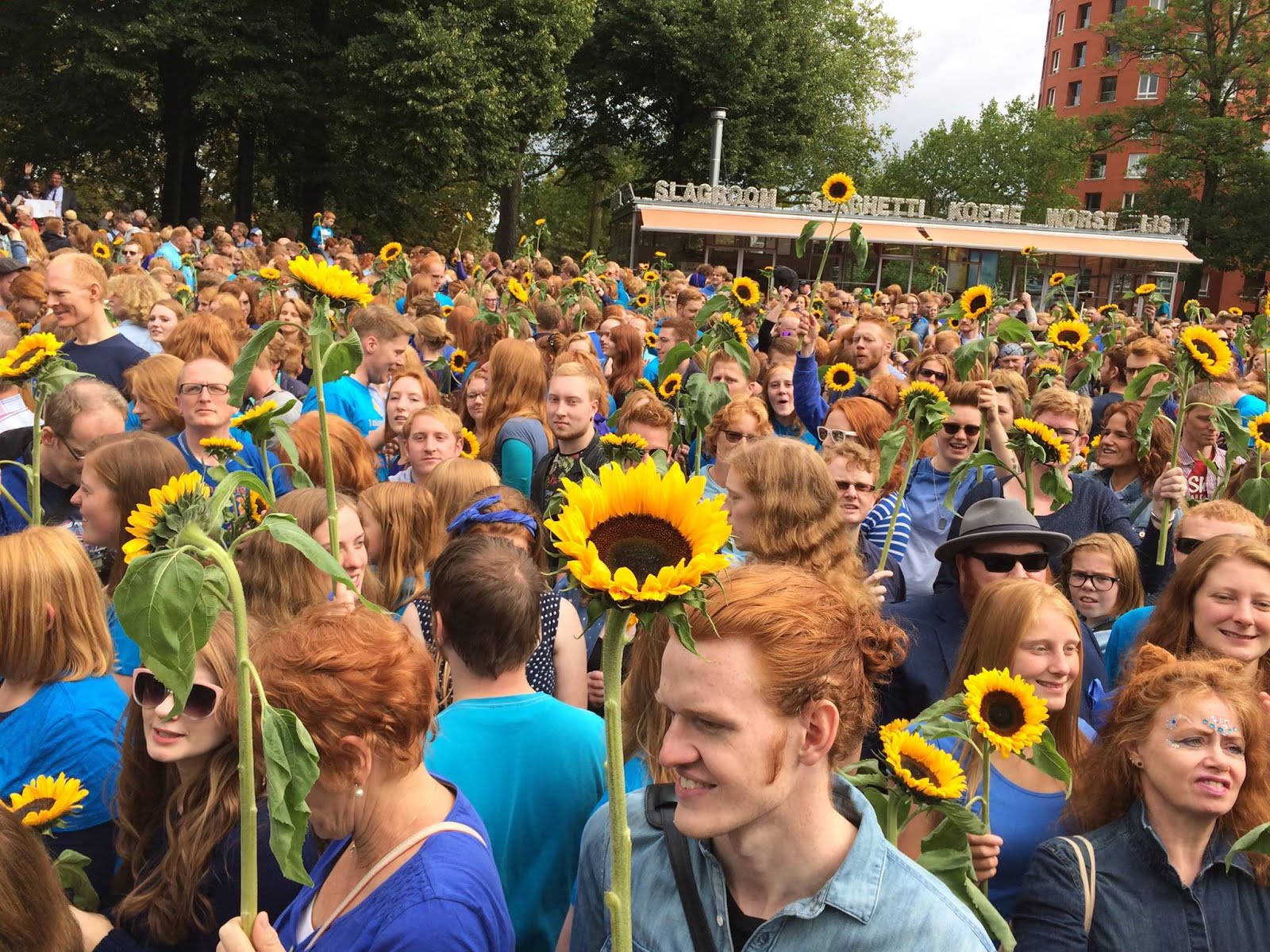 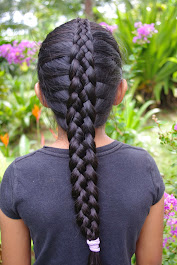